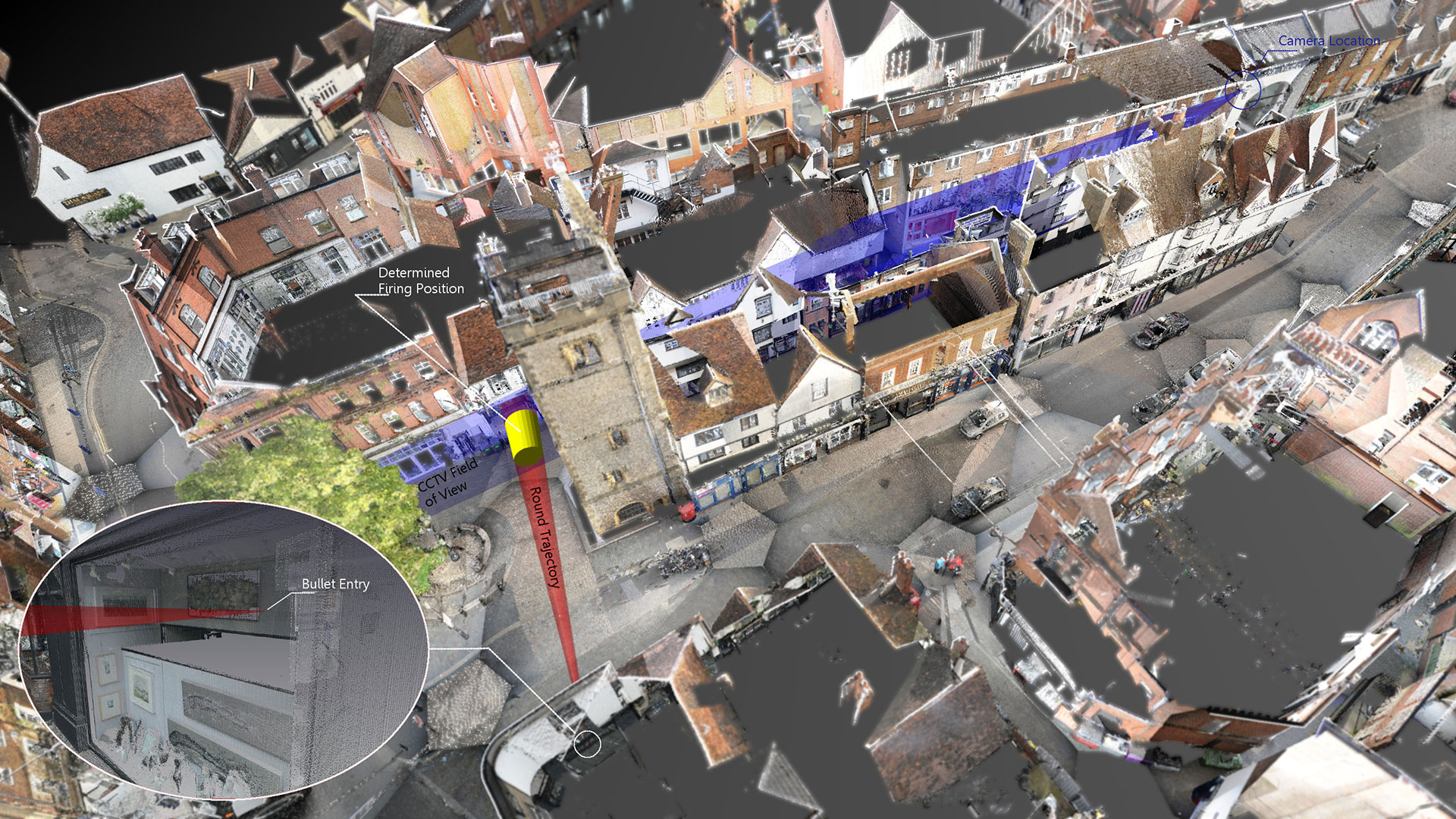 If you would like to speak to us about applying Advanced Laser Imaging in your organization then call 0208 899 6530 or email.

If you’re visiting us then we are here:
Building 3, Chiswick Park 566
Chiswick High Road
London W4 5YA

A graduate of University College London in Planetary Science where his studies included modules in Remote Sensing and advanced imaging technologies. Dave spent 4 years working for one of the UK’s leading survey companies working in the security, architectural, heritage, rail and film industries, where he quickly built a reputation for innovation and development of bespoke solutions to the most challenging projects. He was instrumental in providing services to the Metropolitan Police Service (MPS), especially in the aftermath of the 7/7 London bombings.

He joined the Metropolitan Police Service in late 2005 and went on to become the first Head of Laser Scanning. He pioneered the use of the technology for preplanned, contingency, real-time, post incident operations and dynamic court presentations and led the survey teams on numerous high profile and highly sensitive projects.

He is a highly respected figure in the international forensic laser scanning community and has presented at a number of internationally attended events and worked closely with government agencies, receiving commendations for his work.

Mark gained a Masters degree in Mechanical Engineering from the University of Liverpool before joining DERA, an MOD scientific agency researching protection systems against terrorist and military weapons. He worked alongside American and Israeli organisations and presented in several UK and international conferences. As part of the privatised QinetiQ, Mark headed up a group responsible for creating virtual models from Laser Scan data delivering a virtual model of a large area of Westminster for the Cabinet Office. After the terrorist attacks in 2005, Mark was seconded to HOSDB to analyse the available data from the scenes for a government report.

Mark joined the Metropolitan Police Service in 2006 where he progressed the use of photogrammetry in conjunction with laser scan data. This was used for investigative purposes including locating exhibits, determining suspect heights, assessing fields of view and plotting blood stain mapping. This has assisted numerous cold cases and enabled new methods of analysis for CCTV data. Mark has given evidence in both Criminal and Coroners court.

Paul held Senior Board positions at Saatchi & Saatchi Advertising and Lintas Worldwide Advertising, as Director of their Integrated Communications divisions.
He left to become Managing Partner of a small business consultancy, supporting small high growth businesses through to early venture capital investment. He then became COO of an early stage business Investment Fund, in association with a Business Angel Network. He was also the founder and MD of a start up on-line wine business and has chaired a Conference and Events business.

In 2003 he invested in on-line travel business – responsibletravel.com, which as Chief Operating Officer, together with the founder, he helped grow from scratch to a £15 million sales business in 7 years, with a staff of 22 and relationships with travel organisations around the globe. Since 2011 he has been advising and investing in a number of social enterprises and small businesses before joining the team in 2012 to set up and run Advanced Laser Imaging Ltd

Richard has just completed thirty-three years in Government service during which time he has had extensive policy and operational experience in the security, intelligence and defence world. He was Commissioned into the Royal Green Jackets (1978 – 88), served in the Foreign and Commonwealth Office (1989 – 2007), and was the Chief Constable of the Civil Nuclear Constabulary (2007 – 12). His postings overseas included Hong Kong, France, Oman, Germany, Sweden, Switzerland, Kosovo, and Iraq. And he held a number of senior domestic appointments in the Cabinet Office and the Home Office as well as geographic operational commands for Central and Eastern Europe within the FCO before becoming the first civilian to become a Chief Constable since 1947, when he took up the responsibility for providing the armed police protection for all British civil nuclear sites and the transhipment of fissile material both inside the UK and internationally. He is a lay member of the Bar Standards Board and Chairman of their Governance Risk and Audit Committee; an Honorary Fellow at King’s College London; an Honorary Fellow at Exeter University; and a visiting lecturer at the US Naval Postgraduate School in Monterey.
He was educated at St Paul’s School, London; Exeter University; Harvard Business School; and Bramshill Police College.